skip to main | skip to sidebar

The last two episodes in a row of Attack on Titan have caused me to involuntarily yelp "what the fuck" at certain points.

What a show that is.

I think this year so far has been the best I've ever had for cinema trips.  Since 2022 started, I've ventured to the pictures five times (The Matrix Resurrections, Licorice Pizza, Nightmare Alley, The Tragedy of Macbeth and Belle) and the quality has ranged exclusively from "very good" to "absolutely excellent".  For the record, Macbeth is the current leader of the pack, but Nightmare Alley isn't far behind.

Next two trips are Spielberg's West Side Story and The Green Knight, so hopefully they'll keep the side up.  Reviews certainly seem to suggest that's the case.

It's also nice to see that Belle has broken Mamoru Hosoda's pattern of "excellent film followed by one that's just decent".  (Sorry, Summer Wars and The Boy and the Beast, but ya just don't got it, kids.)  Also also, Belle's soundtrack is so good I bought it on iTunes the second I got home (and am listening to it right now).  Can't remember the last time I did that.  Baby Driver maybe?

It should be noted that like three days into 2022 I went to see The Matrix Resurrections and loved it, so that should be in here somewhere, probably around position 5 or 6.  However, I'd already written half of this, so shrug emoji.

A nice mix this year, I feel.  Blatant cheating by Julia Stone by putting out both a solo album and one with her brother but they were both excellent so hey.  Since my usual "embed YouTube vids" didn't seem to work properly when viewing this blog on a phone last year I've made a playlist instead.

7. Mogwai - As the Love Continues

5. Bleachers - Take the Sadness out of Saturday Night

3. Nao - And Then Life Was Beautiful

2. We Are The Union - Ordinary Life

A nice playlist for you

I did a meme

I spent a good forty minutes on this so I'm not going to let it sink below the waves forever on your social medias.  It will live in perpetuity here, shrouded in glory and the knowledge that the text is a bit too small.

(yes I know the plural of media is media) 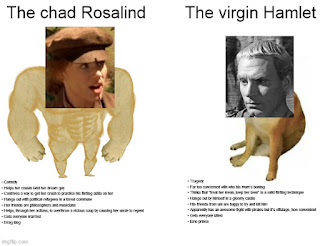 Labels: nothing to see here, reckless disregard for punctuation and grammar

Usually number 1 would be disqualified from the list due to being a collection of re-recorded (and sometimes re-arranged) old pieces rather than a new studio album.  But it was head and shoulders above everything else and 2020's been enough of a headache without worrying about rules I made up myself.

Sam
I am a real human being who occasionally writes things for people. Observe my scrawl.